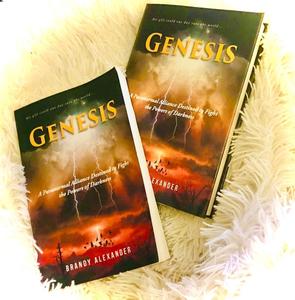 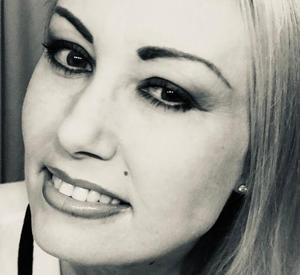 Meet Brandy Alexander, a Palestine resident and art and theater teacher at Elkhart Middle School who can now add published author to her list of accomplishments. She recently published her first book of fiction, Genesis: A Paranormal Alliance Destined to Fight the Powers of Darkness.

The book tells the story of Clayton, a man with the ability to talk to spirits, a power he must use to save humanity from the occult while discovering the true meaning of faith along the way.

After starting and stopping stories for other potential books that didn't feel quite right or were too similar to other books already on the market, Alexander found inspiration for this book through her toddler son.

"That moment was the very beginning of my idea of what it's like to communicate with the other side," she said. "I've always been an out of the box thinker."

Through this interest in the earthly and spiritual realms, Alexander also explores the idea of her Christian faith and the power of prayer as her protagonist learns who God is.

She credits her early love of books and reading Frank Peretti's Christian-based fiction This Present Darkness as a teenager with helping develop her style, which takes a less linear form to create suspense.

"I think I walked down the school hallway with that book at my nose, didn't put it down, and I thought one day I want to write something like that," she said.

Alexander grew up around Baytown before it became so developed. Looking to spend less time in traffic, more time in a smaller community, and be closer to her mom in Chandler, Alexander moved from the Houston area to Palestine.

Despite working as a teacher full time, she was able to write her book in a two-month time span. Writing every day for eight hours while on vacation was her idea of fun, and she'd often think of plot lines just before bed. Her lunch breaks were spent editing her book, and her mom was her go-to proofreader.

As driven as Alexander was in finishing her book, finding a publisher came with its own challenges. But 350 emails later, she found one, Fulton Books. Now she's working on editing her sequel.

"Sometimes it's very surreal," she said of how it felt to be a newly-published author.

Alexanders's book Genesis: A Paranormal Alliance Destined to Fight the Powers of Darkness is available in paperback, hardback and e-book at Walmart, Target, Barnes and Noble, Amazon, Google Play and Apple iTunes.

More information, including a book trailer, is available at her website brandyalexanderbooks.com.

She said would love to hear your thoughts on her book in reviews on her website and websites where purchased and can be reached at [email protected].